Not Robots, it is Humans vs. Humans


A lot of articles, debates, lectures, TED talks, etc. have covered about history and science of the relationship between humans and machines. I am going to summarize the history of it (of course basis my readings of summaries of other historians and scientists) and conclude my opinion.

Discovering fire and wheel have been the mother of all inventions. Since then, our race has been innovating to survive better.
Better agriculture methods were developed which lead to the beginning of Agricultural revolution in mid 17th century. It caused increase in food supply which lead to increase in human population.
Another revolution in parallel was the Financial revolution which marked changes in management techniques, mediums of exchange, negotiable instruments, etc.
Every work was through manual labour and the stomach and hands kept increasing. So did disguised employment (where productivity remained same despite increase in workforce).

Industrial revolution from 1760 was the big bang for machines. New machines were being developed over multiple centuries. During this time period, skilled laborers came to run engineered machines effectively. A shift of labour from agriculture and small scale manufacturing to large scale industries. 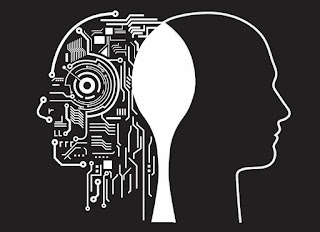 Internet! It came into our lives with all the e-services and wiped out millions of service and support jobs. The Digital revolution, an ongoing phenomenon, has taken devices from wire to wireless, information at speech of few words, storage in cloud, robotic process automation, machine learning, artificial intelligence, etc. creating technological jobs.

It is truly a sign of our privilege that we can live in air-conditioned rooms, flick through devices that give us access to all of human-kind's knowledge and still complain that manual labour is being eradicated.

It's clear that things aren't going back to the way they once were. This just means we have to learn to adapt. As we know from history unless it gets written differently in future, jobs won't end and they will keep on being directed towards new types of jobs. It wasn't ever Humans vs. Machines, it has always been Humans vs. Humans.