None of us can be successful all the time. I have tasted the fruits of passing out my Chartered Accountancy exams in first go at all 3 levels. But I have a few regrets of failing to try which hurt more than the failures in which I have tried and then failed. Failing to try to write a blog is the one and I’m trying to overcome it.
-> Life

Life of a newly qualified Chartered Accountant:
Being in the shoes of a qualified Chartered Accountant makes me feel so proud. The 1st learning for every C.A. after passing out his CA Final exams must have been that the worth of the intangible assets ‘happiness and pride’ are much more than the worth of everything tangible!
A slok from Chanakya Neeti hits my mind now and which truly showcases the true worth of a Chartered Accountant:
vidvata.n cha nRRipata.n cha naiva tulya.n kadaachana
svadeshe puujyate raajaa vidvaan sarvatra puujyate
Meaning: Scholar and king are never comparable. King is worshipped in his country, but scholar is worshipped everywhere. 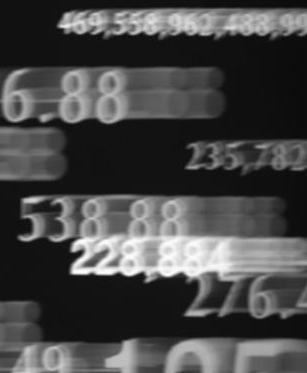 In the age of calculators and MS Excel, we have somewhat lost our mental capability of mathematical oral calculations. Let us brush our basics of mathematics. Some tricks and tips sourced from www.m4maths.com are as follows:


Fact:
Largest calculation (9^9)^9: Ninth power of the ninth power of nine is the largest in the world of number that can be expressed with just 3 digit. No one has been able to compute this yet. The very task is staggering to the mind.
The answer to this number will contain 369 million digits. And to read it normally it would take more than a year. To write down the answer, you would require 1164 miles of paper.
-> Finance 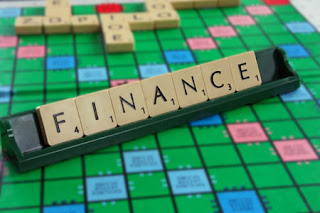 We come across finance managers, advisors, consultants and experts. Discussing finance with them sometimes turns to be similar to a discussion where people of different native, speaking their own mother tongues, only making you clueless. Finance is a religion in itself and it has got its own language too.
Let us brush ourselves with some basic finance jargons which I gathered from www.cnbc.com:
1.       Codicil
There’s no code to this sometimes critical element of estate planning. Codicil is the name for the legal document used to make changes to a previously existing will. It must be executed with the same legal requirements, such as witnesses.
The alternative to a codicil is a new will. The term and concept can come up in probate (court-supervised) proceedings, where there are questions about the validity and/or chronological status of rival documents.

2.       Discretionary Trust
In this estate-management and asset-protection tool, discretion is about the power to decide, not about being discreet or circumspect.
The idea is to set aside property for the benefit of another, but the person appointed to control the trust — the trustee — has a right to accumulate the annual income generated by the property for future dispersal, rather than pay it out annually to the beneficiary.
3.       Efficient Frontier

The key word here is efficient, and there is nothing far out about the concept.
If your adviser mentions “efficient frontier,” it's a reference to the concept that different groups of securities have different elements of risk and return on investment — and that there is an optimal meeting point on a parabolic chart. Presumably, then, there is such a point for you and your investments.
The efficient frontier concept is said to be a major component of what’s considered modern portfolio theory, and is partly responsible for promoting the importance of diversification.

4.       Guaranteed Income Contract
No, it is not a job for life.
This concept is coming up more as people opt for annuities, which convert a lump sum into an income stream at a later point, an arrangement that could last for life.
In particular, with a GIC, the contract calls for an insurance company to borrow a lump sum from you at a pre-determined interest rate that then produces a pre-determined amount of cash at a specified future date.
On a related note, when you annuitize, you are converting a sum of money into an income stream that starts after a certain time period.

5.       Imputed Interest
Here’s a case where it helps to have an adviser who handles both taxes and investments, and maybe even estate planning.
Imputed interest is interest that is not paid but must be accounted for on a tax basis. For instance, if you lend money to a family member and charge zero interest, your advisers must decide what the applicable interest rate is on such a loan. If it is 3 percent, then the imputed tax is 3 percent of the sum borrowed and must be reported as income on the tax return of the lender.
Fixed income fans should pay special attention. Such interest also applies to certain kinds of bonds, such as zero-coupon bonds — ones bought at a sizable discount to their face value but generate a profit at maturity, which is based on the difference in the purchase and maturity prices.
Thank you for reading!

Hope, this write-up was helpful!
Your feedback would drive improvisation!
Contact for feedback: aashishjain488@gmail.com; ca_aashishjain@outlook.com; or comment below.
Posted by Aashish Jain at 20:32:00
Email ThisBlogThis!Share to TwitterShare to FacebookShare to Pinterest