Aristotle started documenting deductive reasoning in the 4th century BC. 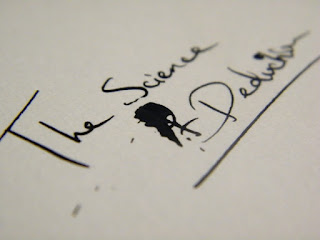 Deductive reasoning, also deductive logic, logical deduction or, informally, "top-down" logic, is the process of reasoning from one or more statements (premises) to reach a logically certain conclusion.
Deductive reasoning links premises with conclusions.
If all premises are true, the terms are clear, and the rules of deductive logic are followed, then the conclusion reached is necessarily true.
An example of a deductive argument:
1. All men are mortal. 2. Socrates is a man. 3. Therefore, Socrates is mortal.
The first premise states that all objects classified as "men" have the attribute "mortal".
The second premise states that "Socrates" is classified as a "man" – a member of the set "men".
The conclusion then states that "Socrates" must be "mortal" because he inherits this attribute from his classification as a "man".

I. Law of detachment:

The law of contrapositive states that, in a conditional, if the conclusion is false, then the hypothesis must be false also.
The general form is the following:
1. P → Q.
2. ~Q.
3. Therefore, we can conclude ~P.
The following are examples:
1. If it is raining, then there are clouds in the sky.
2. There are no clouds in the sky.
3. Thus, it is not raining. 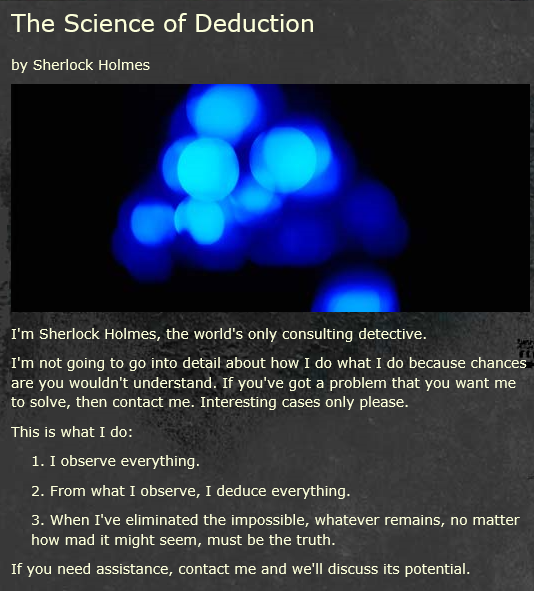 Deductive arguments are evaluated in terms of their validity and soundness.
An argument is “valid” if it is impossible for its premises to be true while its conclusion is false.
In other words, the conclusion must be true if the premises are true.
An argument can be “valid” even if one or more of its premises are false.
An argument is “sound” if it is valid and the premises are true.
It is possible to have a deductive argument that is logically valid but is not sound.
Fallacious arguments often take that form.
The following is an example of an argument that is “valid”, but not “sound”:
1. Everyone who eats carrots is a quarterback.
2. John eats carrots.
3. Therefore, John is a quarterback.
The example’s first premise is false – there are people who eat carrots who are not quarterbacks – but the conclusion would necessarily be true, if the premises were true.
In other words, it is impossible for the premises to be true and the conclusion false.
Therefore, the argument is “valid”, but not “sound”.
False generalizations – such as “Everyone who eats carrots is a quarterback” – are often used to make unsound arguments.
The fact that there are some people who eat carrots but are not quarterbacks proves the flaw of the argument.

Deductive reasoning is generally considered to be a skill that develops without any formal teaching or training.