The Quest for Glory - II

The first Games held under the auspices of the IOC was hosted in the Panathenaic stadium in Athens in 1896.
The second Olympics was held in Paris. 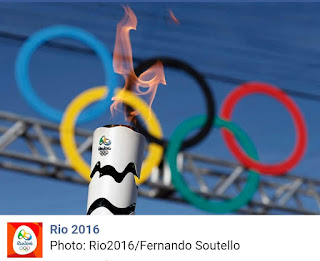 Opening Ceremony:
Months before each Games, the Olympic Flame is lit in Olympia in a ceremony that reflects ancient Greek rituals.
A female performer, acting as a priestess, ignites a torch by placing it inside a parabolic mirror which focuses the sun's rays; she then lights the torch of the first relay bearer, thus initiating the Olympic torch relay that will carry the flame to the host city's Olympic stadium, where it plays an important role in the opening ceremony.
As mandated by the Olympic Charter, the ceremony typically starts with the hoisting of the host country's flag and a performance of its national anthem.
The host nation then presents artistic displays of music, singing, dance, and theater representative of its culture.
After the artistic portion of the ceremony, the athletes parade into the stadium grouped by nation. Greece is traditionally the first nation to enter in order to honor the origins of the Olympics. Nations then enter the stadium alphabetically according to the host country's chosen language, with the host country's athletes being the last to enter.
Speeches are given, normally opening the Games.
Finally, the Olympic torch is brought into the stadium and passed on until it reaches the final torch carrier, often a successful Olympic athlete from the host nation, who lights the Olympic flame in the stadium's cauldron.

Closing Ceremony:
The closing ceremony of the Olympic Games takes place after all sporting events have concluded. Flag-bearers from each participating country enter the stadium, followed by the athletes who enter together, without any national distinction.
Three national flags are hoisted while the corresponding national anthems are played: the flag of the current host country; the flag of Greece, to honor the birthplace of the Olympic Games; and the flag of the country hosting the next Summer or Winter Olympic Games.
The president of the organizing committee and the IOC president make their closing speeches, the Games are officially closed, and the Olympic flame is extinguished. 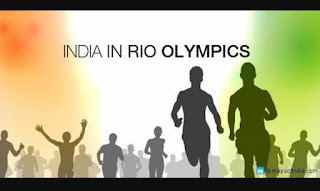 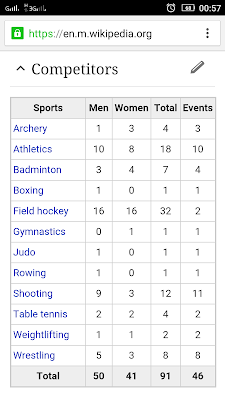 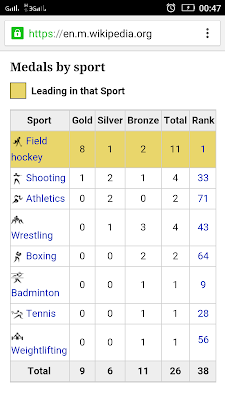 For a period of time, India national field hockey team was dominant in Olympic competition, winning eleven medals in twelve Olympics between 1928 and 1980. The run included 8 gold medals total and six successive gold medals from 1928–1956.

India is scheduled to compete at the 2016 Summer Olympics in Rio de Janeiro, Brazil, from 5 to 21 August 2016. The Indian Olympic Association is going to send the nation's largest ever delegation (thus far 91 athletes; 8 larger than their previous record of 83 delegates in 2012) in Summer Olympic history 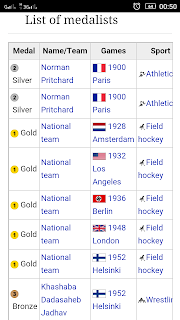 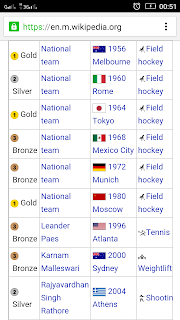 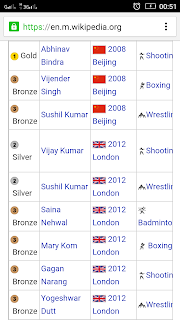 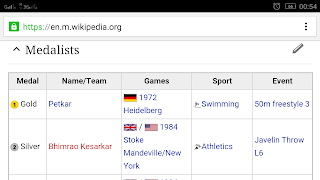 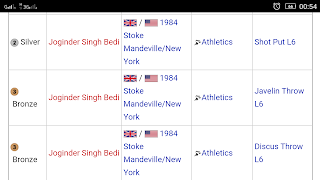 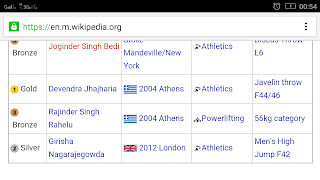 All the best to all Nations, and
Chak De! India


Posted by Aashish Jain at 20:36:00
Email ThisBlogThis!Share to TwitterShare to FacebookShare to Pinterest