History. His-story. The story of others.
We have learnt it in our own school days.
From Homo sapiens to Chhatrapati Shivaji Maharaj & Mughals, World Wars to Indian Freedom Struggle, etc.
With 'yaad karo kurbani' by GOI, you will remember the sacrifices made by Freedom Fighters for the India's Freedom.
Let us refresh ourselves here on the history of both the World Wars. 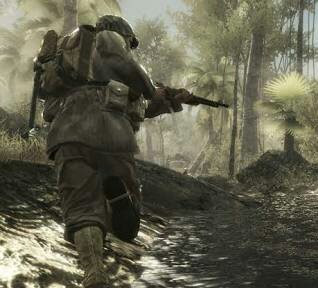 Nature of war?
War between countries for acquiring colonies, territory and resources. 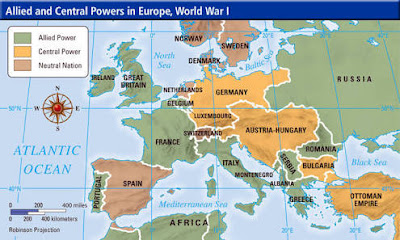 How did it start?
Although there were a number of causes for the war, the assassination of Austrian Archduke Franz Ferdinand was the main catalyst for starting the war.
The terrorist group responsible for assassinating Archduke Ferdinand was called the Black Hand.
After the assassination, Austria declared war on Serbia.
Then Russia prepared to defend its ally Serbia.
Next, Germany declared war on Russia to protect Austria.
This caused France to declare war on Germany to protect its ally Russia.
Germany invaded Belgium to get to France which caused Britain to declare war on Germany.

How did it end?
Allied victory.
The fighting ended on November 11, 1918 when a general armistice was agreed to by both sides.
The war officially ended between Germany and the Allies with the signing of the Treaty of Versailles.
End of the German, Russian, Ottoman, and Austro-Hungarian empires,
Formation of new countries in Europe and the Middle East,
Transfer of German colonies and regions of the former Ottoman Empire to other powers,
Establishment of the League of Nations, and so on.

Nature of war?
War of ideologies, such as Fascism, Nazism and Communism.

Where?
World War II started in Europe, but spread throughout the world.
Much of the fighting took place in Europe and in Southeast Asia (Pacific). 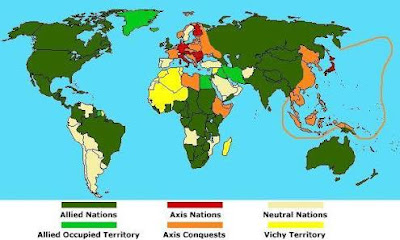 Who fought?
World War II was fought between the Axis Powers (Germany, Italy, Japan) and the Allied Powers (Britain, United States, Soviet Union, France).
Most of the countries in the world were involved in some way.
It was the deadliest war in all of human history with around 70 million people killed.

How did it start?
World War II started in 1939 when Germany invaded Poland.
Great Britain and France responded by declaring war on Germany.
Among the causes of World War II were Italian fascism in the 1920s by Benito Mussolini, Japanese militarism and invasions of China in the 1930s, and especially the political takeover in 1933 of Germany by Adolf Hitler and his Nazi Party and its aggressive foreign policy.

How did it end?
Allied victory.
The war in Europe ended with Germany's surrender on May 7, 1945.
The war in the Pacific ended when Japan surrendered on September 2, 1945.
Collapse of Nazi Germany,
Fall of Japanese and Italian Empires,
Creation of the United Nations,
Emergence of the United States and the Soviet Union as superpowers,
Beginning of the Cold War, and so on.

Posted by Aashish Jain at 16:11:00
Email ThisBlogThis!Share to TwitterShare to FacebookShare to Pinterest