The Black and White Game

I believe we all have our share of wins and losses in every area of life.
But after each win/loss, in the end, there is a happy ending. Because, in the end, we improve and evolve. 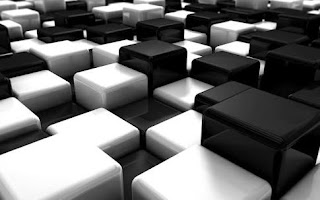 Chess has been an area where I have excelled sometimes and there have been days, when I have failed miserably too.
In the end, I have learnt from it and it has shaped me well.
Let me share:

1. Strategizing:
Only moving forward might not win us the game. Many times, stepping back or moving nowhere is a good move than moving forward rampaging.

2. Prediction:
Good or bad moves solely doesn't lead to victory. Forethought does.
A series of bad moves ending with a planned good move might end the game with a win. Otherwise of it, might end in loss.

3. Sacrifice:
Chess is the only game which teaches us directly, to sacrifice for a larger good. 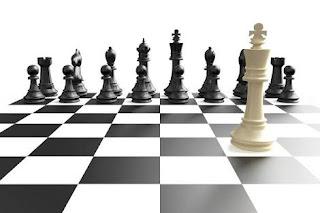 4. Win. If not, then Draw:
We have heard the saying "Winning and losing is a part of the game". Fact!
In chess, if we are losing with no probability of winning, then best possible way out is to offer draw rather than lose. If accepted by the opponent, then we don't face a loss.
Though, from the beginning, play to win.

5. Regret or Improve:
Regretting is no worth, because in the end the king and the pawn end up in the same box.
Improving is the best step, because it increases the chance of winning the next.

Posted by Aashish Jain at 12:35:00
Email ThisBlogThis!Share to TwitterShare to FacebookShare to Pinterest